With themes from the local to the global, these 21-and-over after-hours gatherings combine music, food and drink, and unique settings to create evenings that are smart, adventurous, and memorably entertaining.

#SmithsonianAt8 is a production of Smithsonian Associates.

We're working on the details of our next event. Stay tuned! 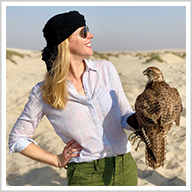 Join Darley Newman as she shares insider›s tips on Qatar, which she curated while filming her popular PBS series “Travels with Darley.” From markets and museums to restaurants and beautiful natural locations, she offers plenty of surprising finds and practical strategies for delving deep into the rich culture of this Middle Eastern nation.
Buy tickets 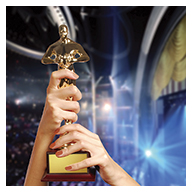 How to Watch the Oscars

As the awards race approaches its conclusion, join Washington City Paper film critic Noah Gittell for an evening that focuses on all things Oscar, from Academy Awards history and trivia to discussions of this year’s nominations and behind-the-scenes stories.
Buy tickets 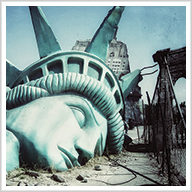 Beyond their compelling stories, dystopian tales like The Hunger Games, Divergent, Maze Runner, and Brave New World offer something more for economist Brian O’Roark: perfect settings for an economic analysis. Join him to discover some entertaining insights that we can learn from fictional societies gone wrong.
Buy tickets 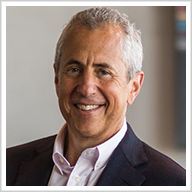 Local burger fans love Shake Shack, and soon there’ll be another restaurant from Danny Meyer in town—Maialino, which pays homage to Rome’s seafood trattorias. Join the man behind some of New York’s most notable eateries as he talks about opening a restaurant in Washington, his career in the culinary world, and more.
Buy tickets